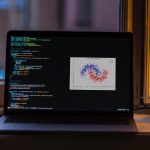 How to use confidence scores in machine learning models16 min read

How to use confidence scores in machine learning models16 min read

Like humans, machine learning models sometimes make mistakes when predicting a value from an input data point. But also like humans, most models are able to provide information about the reliability of these predictions. When you say  “I’m sure that…” or “Maybe it is…”, you are actually assigning a relative qualification to how confident you are about what you are saying. In mathematics, this information can be modeled, for example as a percentage, i.e. a number between 0 and 1, and most machine learning technologies provide this type of information: the confidence score.

A human-to-machine equivalence for this confidence level could be:

The main issue with this confidence level is that you sometimes say “I’m sure” even though you’re effectively wrong, or “I have no clue but I’d say…” even if you happen to be right. Obviously, in a human conversation, you can ask more questions and try to get a more precise qualification of the reliability of the confidence level expressed by the person in front of you. But when you’re using a machine learning model and you only get a number between 0 and 1, how should you deal with it?

There is no standard definition of the term “confidence score” and you can find many different flavors of it depending on the technology you’re using. But in general, it’s an ordered set of values that you can easily compare to one another.

The three main confidence score types you are likely to encounter are:

Important technical note: You can easily jump from option #1 to option #2 or option #2 to option #1 using any bijective function transforming [0, +∞[ points in [0, 1], with a sigmoid function, for instance (widely used technique). Bear in mind that due to floating point precision, you may lose the ordering between two values by switching from 2 to 1, or 1 to 2. Try out to compute sigmoid(10000) and sigmoid(100000), both can give you 1.

Some machine learning metrics to understand the problem

Most of the time, a decision is made based on input. For example, if you are driving a car and receive the “red light” data point, you (hopefully) are going to stop.

When you use an ML model to make a prediction that leads to a decision, you must make the algorithm react in a way that will lead to a less dangerous decision if it’s wrong, since predictions are by definition never 100% correct.

To better understand this, let’s dive into the three main metrics used for classification problems: accuracy, recall and precision. We can extend those metrics to other problems than classification.

These definitions are very helpful to compute the metrics. In general, they refer to a binary classification problem, in which a prediction is made (either “yes” or “no”) on data that holds a true value of “yes” or “no”.

In the next sections, we’ll use the abbreviations tp, tn, fp and fn.

Accuracy is the easiest metric to understand. It’s simply the number of correct predictions on a dataset. Given a test dataset of 1,000 images for example, in order to compute the accuracy, you’ll just have to make a prediction for each image and then count the proportion of correct answers among the whole dataset.

Let’s say you make 970 good predictions out of those 1,000 examples: this means your algorithm accuracy is 97%.

This metric is used when there is no interesting trade-off between a false positive and a false negative prediction.

But sometimes, depending on your objective and the gravity of your decisions, you want to unbalance the way your algorithm works using other metrics such as recall and precision.

To compute the recall of your algorithm, you need to consider only the real ‘true’ labelled data among your test dataset, and then compute the percentage of right predictions. It’s a helpful metric to answer the question: “On all the true positive values, which percentage does my algorithm actually predict as true?”

If an ML model must predict whether a stoplight is red or not so that you know whether you must  your car or not, do you prefer a wrong prediction that:

Let’s figure out what will happen in those two cases:

For example, let’s say we have 1,000 images with 650 of red lights and 350 green lights. To compute the recall of our algorithm, we are going to make a prediction on our 650 red lights images. If the algorithm says “red” for 602 images out of those 650, the recall will be 602 / 650 = 92.6%. It’s not enough! 7% of the time, there is a risk of a full speed car accident. We’ll see later how to use the confidence score of our algorithm to prevent that scenario, without changing anything in the model.

Let’s now imagine that there is another algorithm looking at a two-lane road, and answering the following question: “can I pass the car in front of me?”

Let’s see what would happen in each of these two scenarios:

To measure an algorithm precision on a test set, we compute the percentage of real “yes” among all the “yes” predictions.

To do so, let’s say we have 1,000 images of passing situations, 400 of them represent a safe overtaking situation, 600 of them an unsafe one. We’d like to know what the percentage of true “safe” is among all the “safe” predictions our algorithm made.

Let’s say that among our “safe” predictions images:

You can estimate the three following metrics using a test dataset (the larger the better), and compute:

In all the previous cases, we consider our algorithms only able to predict “yes” or “no”. But these predictions are never outputted as “yes” or “no”, it’s always an interpretation of a numeric score. Actually, the machine always predicts “yes” with a probability between 0 and 1: that’s our confidence score.

However, as seen in our examples before, the cost of making mistakes vary depending on our use cases.

Fortunately, we can change this threshold value to make the algorithm better fit our requirements. For example, let’s imagine that we are using an algorithm that returns a confidence score between 0 and 1. Setting a threshold of 0.7 means that you’re going to reject (i.e consider the prediction as “no” in our examples) all predictions with a confidence score below 0.7 (included). Doing this, we can fine tune the different metrics.

The important thing to point out now is that the three metrics above are all related. A simple illustration is:

Trying to set the best score threshold is nothing more than a tradeoff between precision and recall.

To choose the best value of the threshold you want to set in your application, the most common way is to plot a Precision Recall curve (PR curve).

To do so, you are going to compute the precision and the recall of your algorithm on a test dataset, for many different threshold values. Once you have all your couples (pr, re), you can plot this on a graph that looks like:

Once you have this curve, you can easily see which point on the blue curve is the best for your use case. You can then find out what the threshold is for this point and set it in your application.

How to plot your PR curve?

All the previous examples were binary classification problems where our algorithms can only predict “true” or “false”. In the real world, use cases are a bit more complicated but all the previous metrics can be generalized.

Let’s take a new example: we have an ML based OCR that performs data extraction on invoices. This OCR extracts a bunch of different data (total amount, invoice number, invoice date…) along with confidence scores for each of those predictions.

Which threshold should we set for invoice date predictions?

All the complexity here is to make the right assumptions that will allow us to fit our binary classification metrics: fp, tp, fn, tp

Here are our assumptions:

If unlike #1, your test dataset contains invoices without any invoice dates present, I strongly recommend you to remove them from your dataset and finish this first guide before adding more complexity. This assumption is obviously not true in the real world, but the following framework would be much more complicated to describe and understand without this.

Before diving in the steps to plot our PR curve, let’s think about the differences between our model here and a binary classification problem.

It implies that we might never reach a point in our curve where the recall is 1. This point is generally reached when setting the threshold to 0. In our case, this threshold will give us the proportion of correct predictions among our whole dataset (remember there is no invoice without invoice date).

We expect then to have this kind of curve in the end:

Step 1: run the OCR on each invoice of your test dataset and store the three following data points for each:

The output of this first step can be a simple csv file like this:

We need now to compute the precision and recall for threshold = 0.

That’s the easiest part. We just need to qualify each of our predictions as a fp, tp, or fn as there can’t be any true negative according to our modelization.

Let’s do the math. In the example above we have:

As we mentioned above, setting a threshold of 0.9 means that we consider any predictions below 0.9 as empty. In other words, we need to qualify them all as false negative values (remember, there can’t be any true negative values).

To do so, you can add a column in our csv file:

In the csv file above:

Let’s do the math again.

Repeat this step for a set of different threshold values, and store each data point and you’re done!

In a perfect world, you have a lot of data in your test set, and the ML model you’re using fits quite well the data distribution. In that case you end up with a PR curve with a nice downward shape as the recall grows.

But you might not have a lot of data, or you might not be using the right algorithm. In that case, the PR curve you get can be shapeless and unexploitable.

Here is an example of a real world PR curve we plotted at Mindee on a very similar use case for our receipt OCR on the date field.

We have 10k annotated data in our test set, from approximately 20 countries. The PR curve of the date field looks like this: 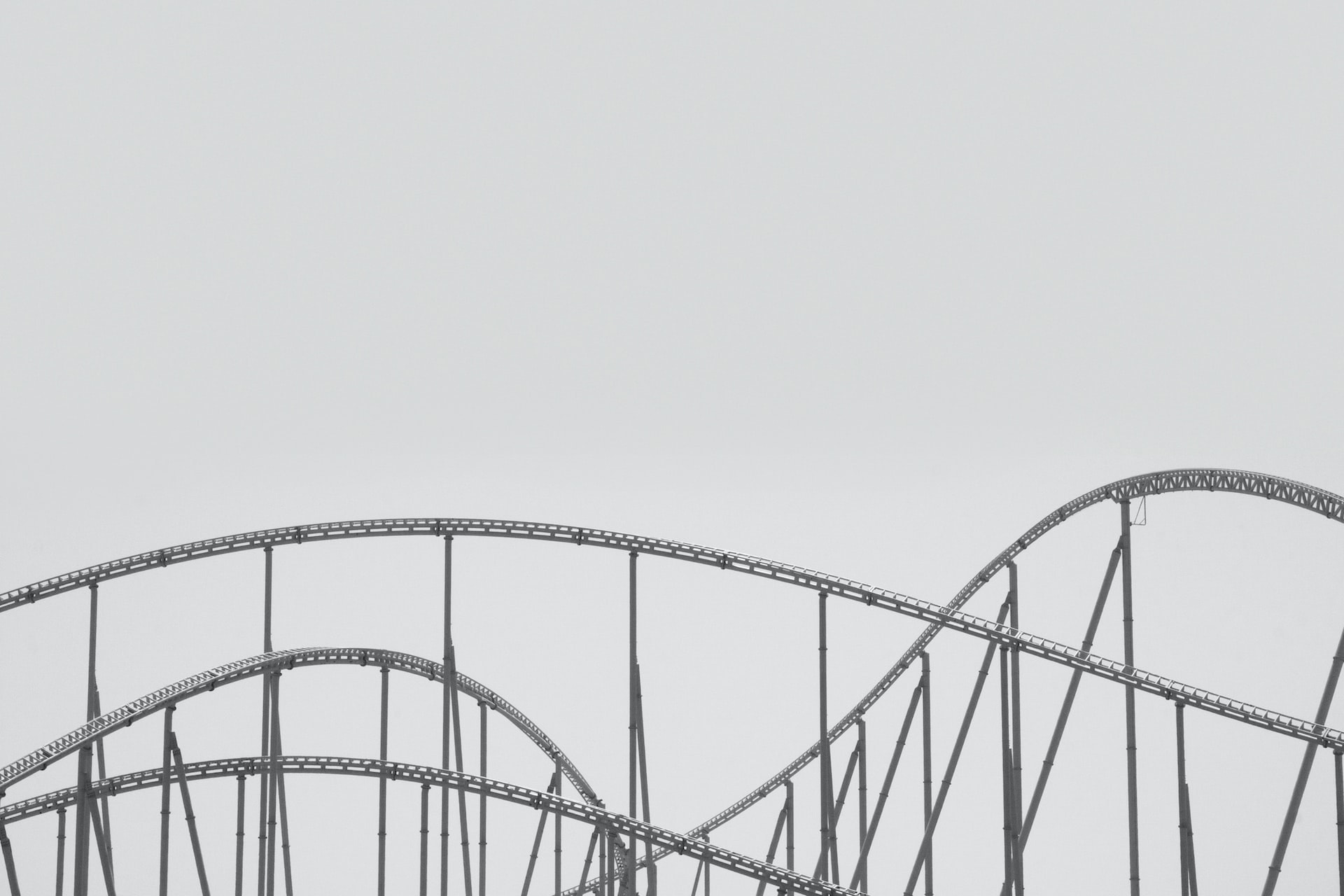 Learnings from building AI products as a PM 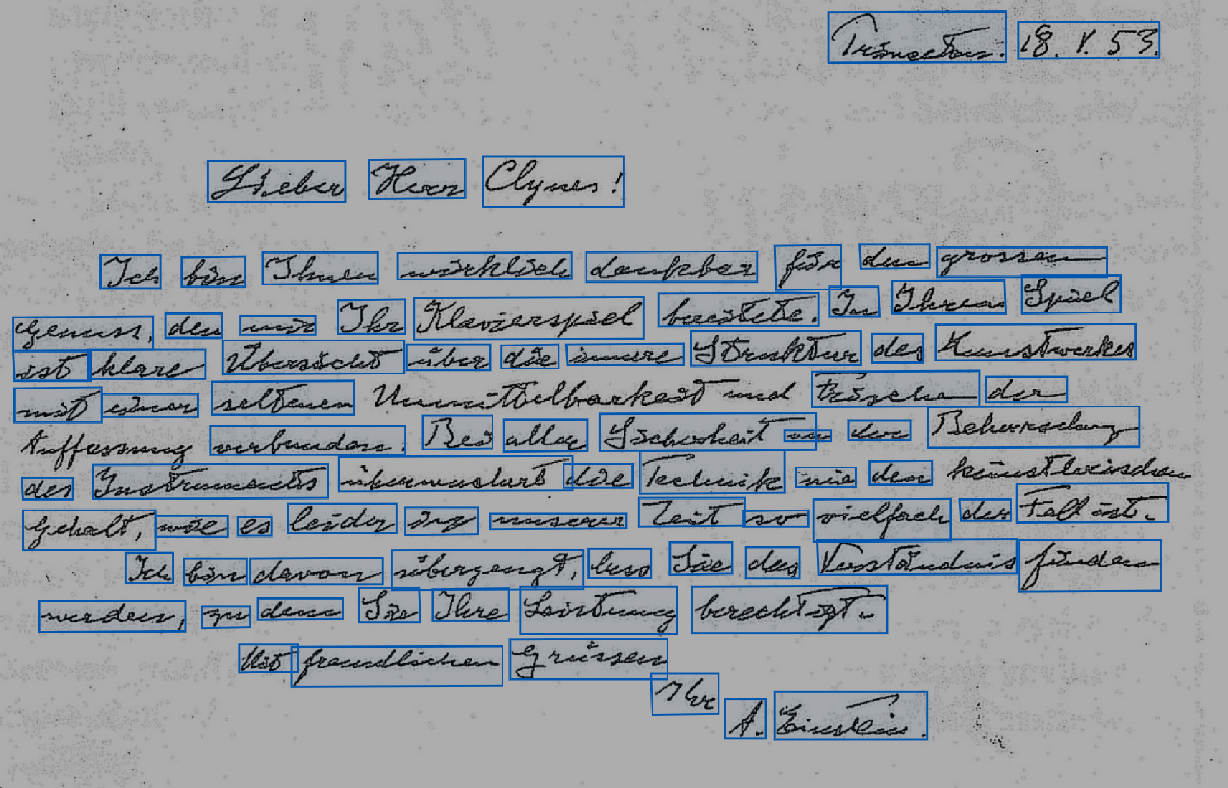