In this article, we'll learn how to test a Mindee document parsing API using Postman, a popular developer tool.

Assuming you already have a data model ready to go, you can test it right away with Postman (or any other tool that understands the OpenAPI v2 specification - fka Swagger v2.0).

To do so, head over the Documentation page of your Mindee API and select the download openapi.json link, as shown below: 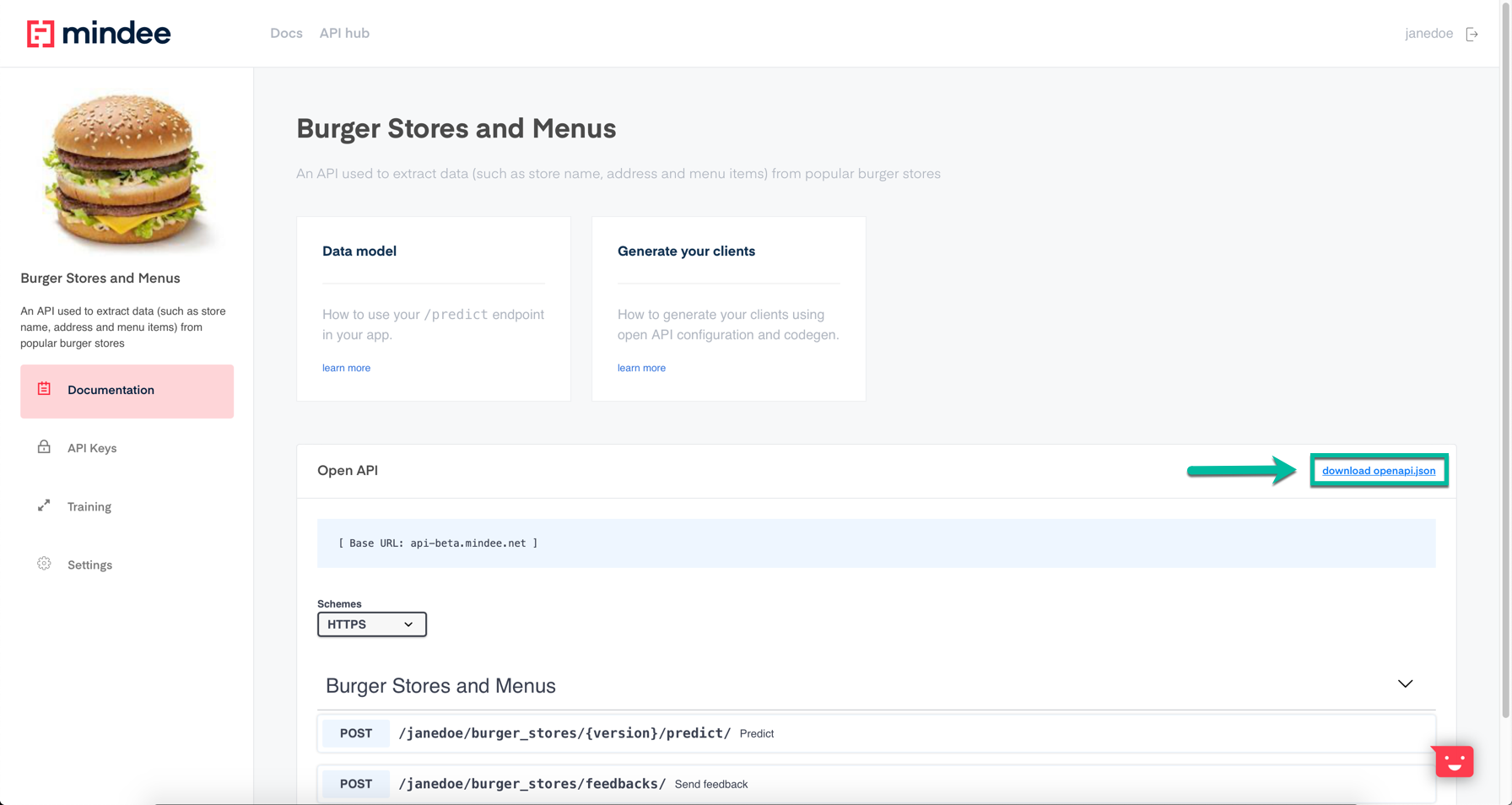 If you followed the Burger Stores and Menus tutorial, you should now have downloaded a file named burger_stores-openapi.json.

Next, open your Postman desktop client and import the burger_stores-openapi.json file using the Import menu: 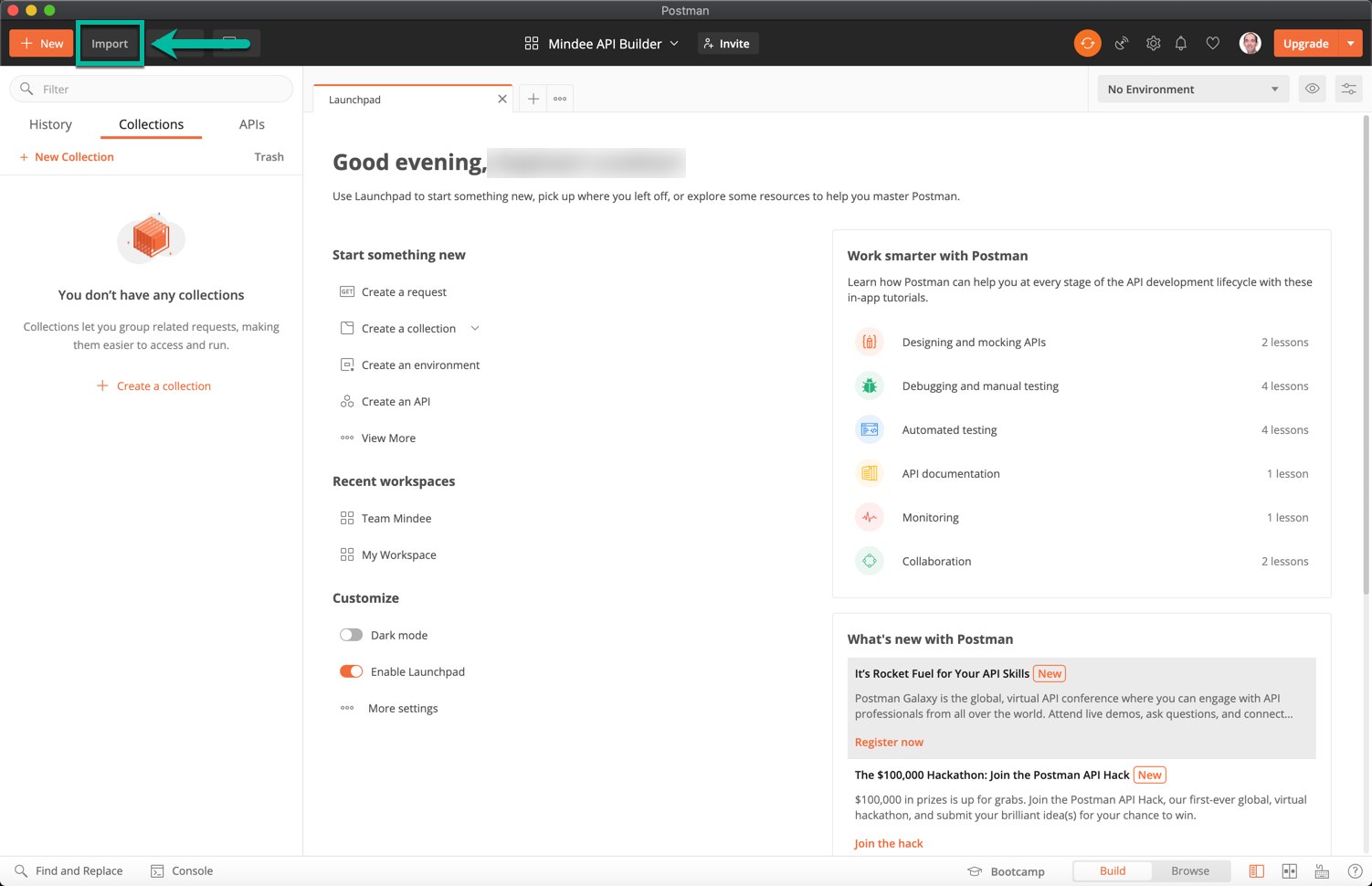 Once you have uploaded your file to Postman, you should see the following confirmation screen:

Press the Import button. Your Burger and Menus Postman collection shows up in Postman, as follows: 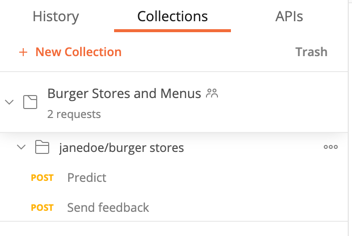 Now, let’s generate an API key so we can test our API in Postman.

Head over the API Keys page of your API Dashboard and press the Create new API key button: 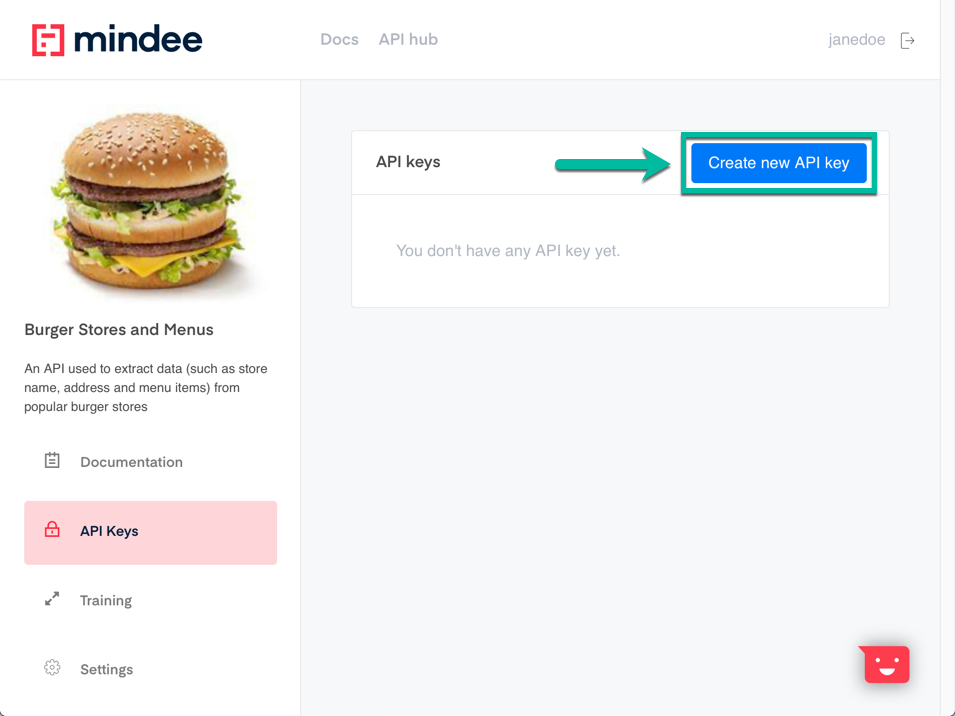 Enter the name of the application that will use your API key (such as “Postman”) and press the Create new API key button. A page similar to the following screenshot appears below: 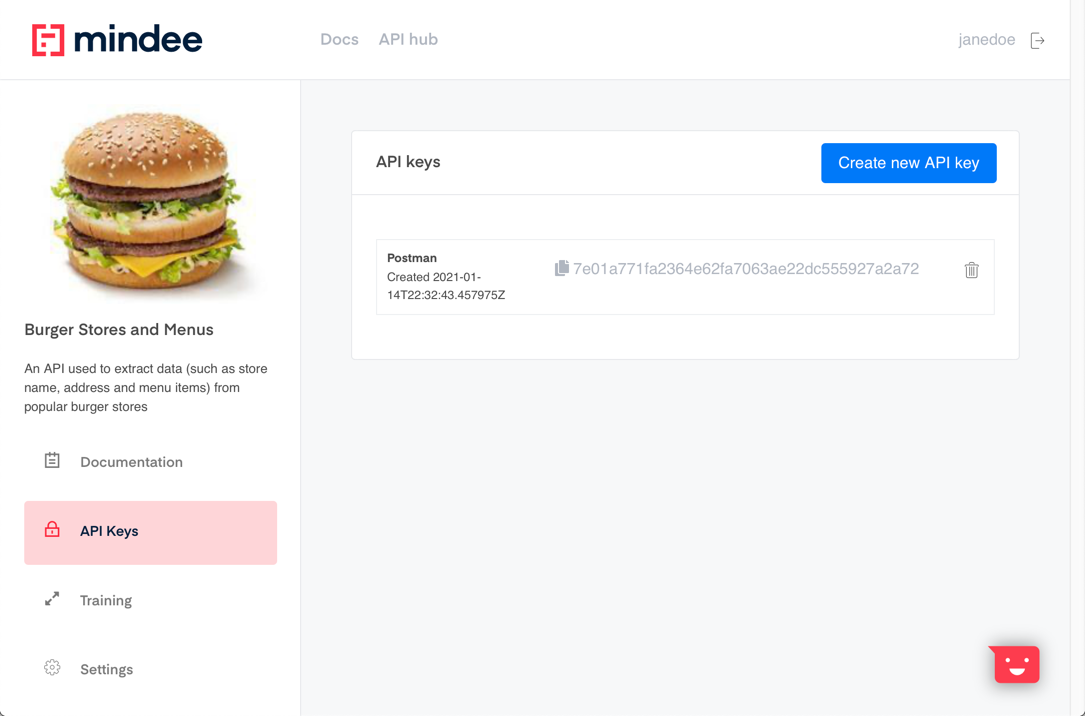 Next, copy the API key to your clipboard by pressing the copy icon, as shown below: 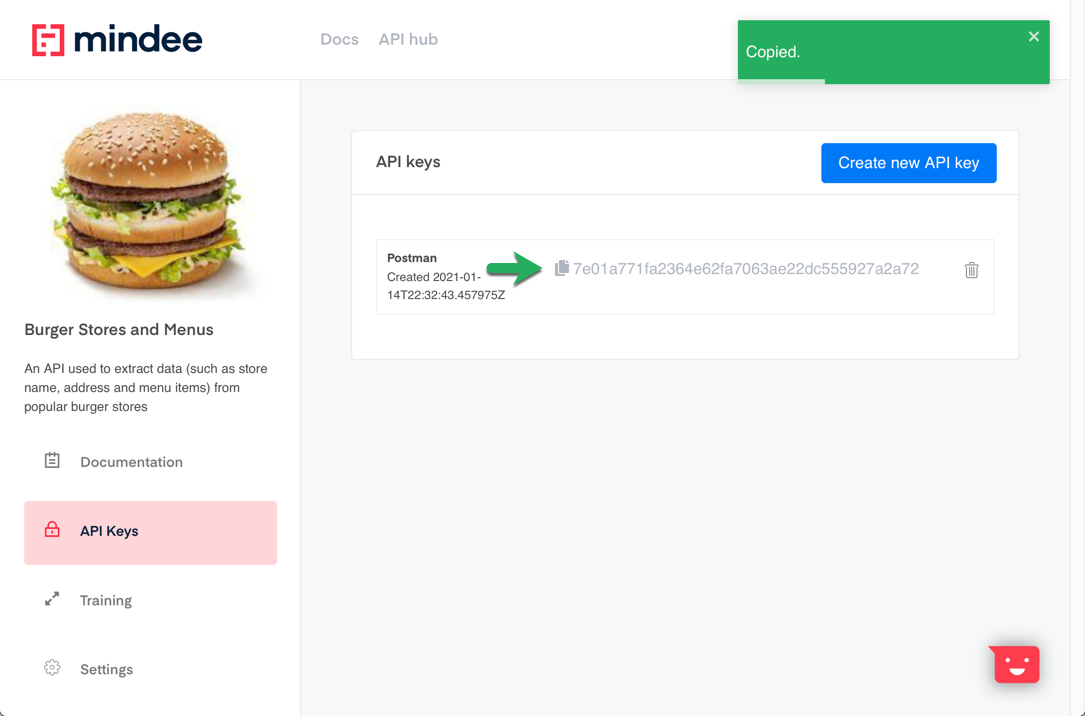 Paste this key right away into a text file, we’ll need it in the next step.

Back in Postman, create an environment called Burger Stores and a variable called apiToken: 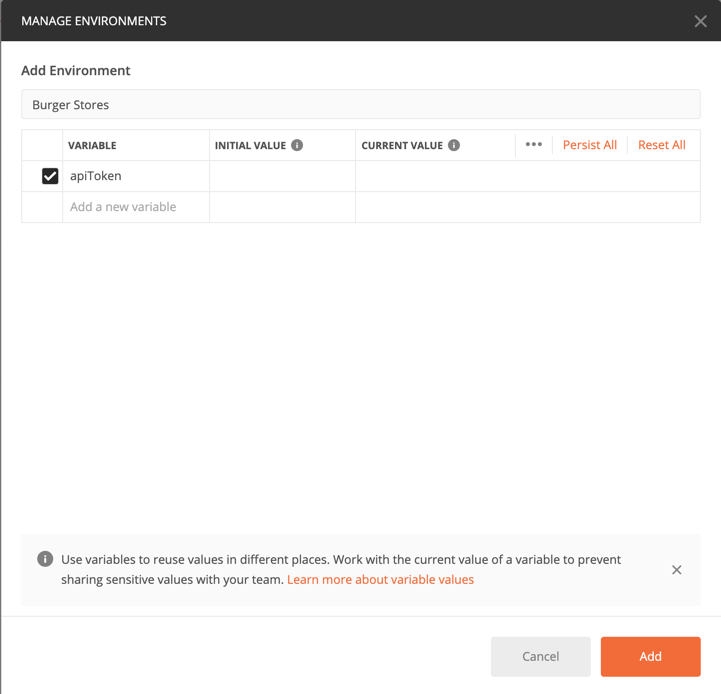 In the Initial Value column of the apiToken variable, paste the API key you generated in Step 2 and press the Add button. 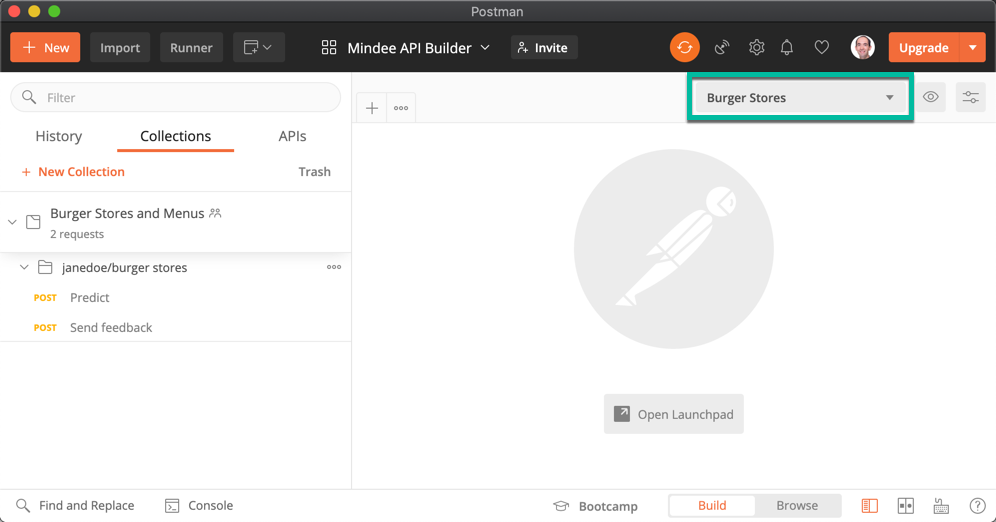 Congratulations! Your API is now properly configured in Postman.

In the next article, we’ll look at how you can use your API’s Predict endpoint.